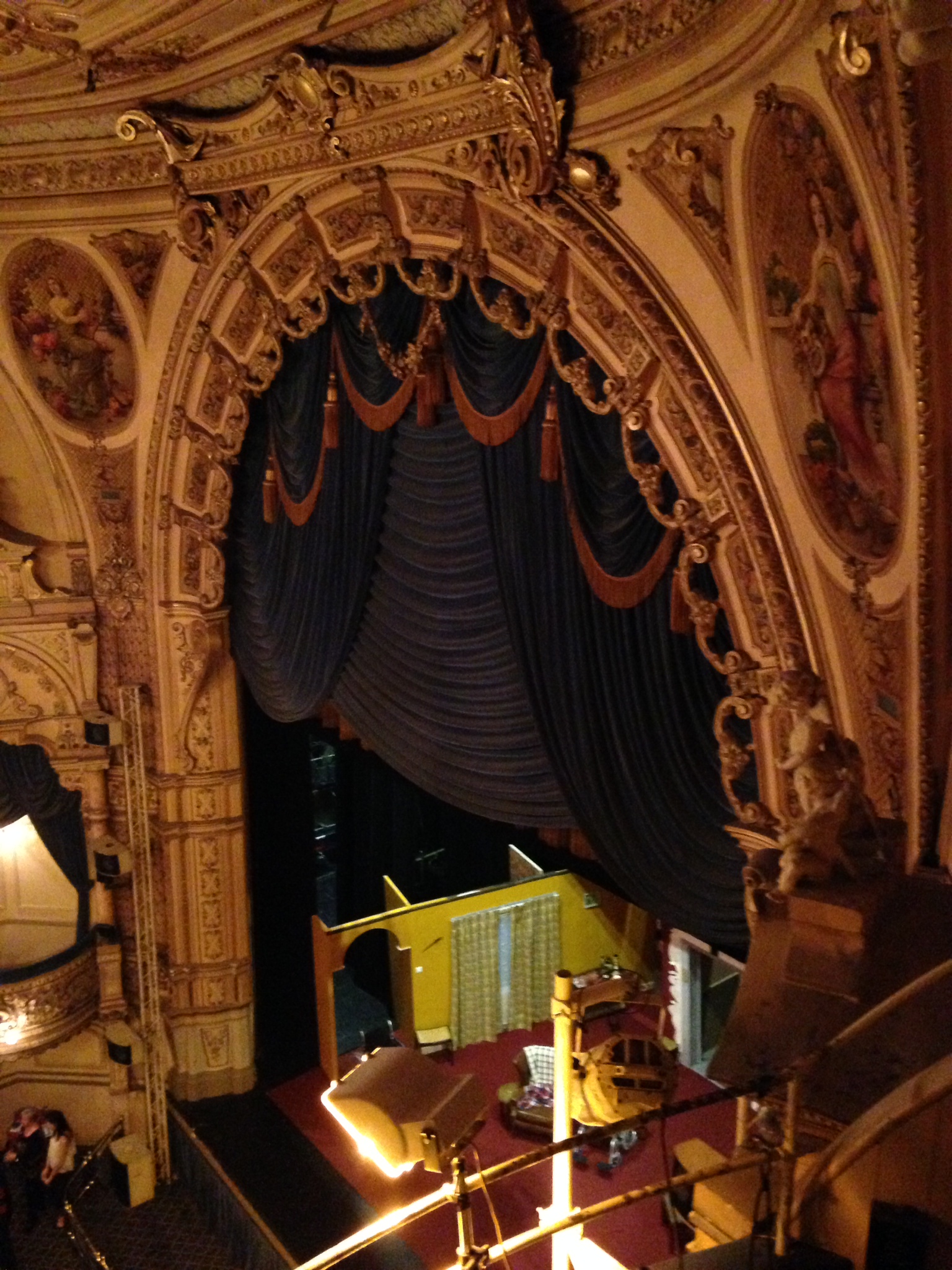 Christmas is just around the corner and, for most of us, the shopping is well underway… with the usual exception of one or two less straight-forward gifts to figure out. Thankfully, the Blackpool’s Grand Theatre has a great selection of live dance performances lined up in 2017 that are sure to include the perfect gift to help the Christmas shopping along, with exciting shows for little ones right through to grown ups.

This seasonal family favourite takes its audience on a fantasy adventure that begins at nightfall on Christmas Eve. As snowflakes fall outside, the warm glow of the open fire sends flickering shadows across the boughs of the Christmas tree and all the presents beneath. When midnight strikes, be swept away to a fairy-tale world where nothing is quite as it seems, toy dolls spring to life, the Mouse-king and his mouse-army battle with the Nutcracker Prince and travel through the Land of Snow to an enchanted place where the magic really begins…

Every toy has a story in this charming comedy of errors, antics and abracadabra set in a doll maker’s workshop.  This light-hearted tale of mistaken identity and confused lovers follows mischievous Swanilda, her impetuous suitor Franz and the eccentric toymaker Dr.Coppelius as they are brought to life by sparkling choreography and the animated score of Delibes. Coppélia is perfect for first-time ballet-goers, families and everyone in between.

The greatest romantic ballet of all time is beautifully brought to life by Tchaikovsky’s haunting and unforgettable score. From the impressive splendour of the Palace ballroom to the moon-lit lake where swans glide in perfect formation; this compelling tale of tragic romance has it all. From the temptress in black tulle who seduces the Prince by spinning with captivating precision, to the spellbinding purity of the swan queen as she flutters with emotional intensity, the dual role of Odette/Odile is one of ballet’s most unmissable technical challenges.

Matthew Bourne is hailed as the UK’s most popular and successful Choreographer/ Director. He is the creator of the world’s longest running ballet production, a five-time Olivier Award winner and the only British director to have won the Tony Award for both Best Choreographer and Best Director of a Musical. Early Adventures is a charismatic programme of hit pieces that return to his roots and the launch his stellar career. Enjoy the style, wit and sheer entertainment that his company brought to Swan Lake, The Car Man, Edward Scissorhands and Sleeping Beauty.

Contains some adult humour. May not be suitable for under 12s.

“All of us owe the comparative decency to poor drudges underground, blackened to the eyes with their throats full of coal dust, driving their shovels forward with arms and belly muscles of steel” George Orwell (1934)

Marking the 30th anniversary of the end of the 1984/5 British miners’ strike, award winning choreographer Gary Clarke proudly presents a riveting dance theatre show which takes an nostalgic look at the hard hitting realities of life at the coal face. Strong, powerful and emotive, COAL explores the darker underbelly of the mining industry unearthing the true nature and body wrecking demands of a working class industry now almost forgotten. Bringing together Clarke’s striking physical language performed by a company of 7 stunning professional dancers, a local community cast of women and a live brass band, COAL is an emotional, moving and ever-relevant exploration of community, solidarity and survival. Not to be missed.

With sell-out performances and hugely successful CBeebies adaptations, including Ugly Duckling and Tortoise & the Hare, Northern Ballet’s Short Ballets for Small People are not to be missed. Now the magic continues with a brand-new retelling of Goldilocks & the Three Bears. Goldilocks is a mischievous little girl with hair as bright as gold. Always on the look-out for an adventure, one day her curiosity leads her to a house full of many surprises. With a family of friendly bears, a beautiful blue bird and bowls of delicious porridge, this ballet is just right! And is the perfect opportunity for little ones to enjoy live ballet, music and theatre for the first time.

Mark Murphy’s Out of This World – Tuesday 9 May

A genre-defying action packed theatre from acclaimed writer and director Mark Murphy. Set within a world of projected film and animation, it combines his signature mix of ground breaking aerial choreography, original text and explosive special effects in a show that is both intense psychological thriller and heart-rending medical drama. This is the story of a woman’s woozy descent into the depths of a medically induced coma. Once safely cocooned, her crashed imagination takes over the show – creating a vivid inward cinema in which she reviews her life. But after discovering a shocking truth and with the medical team moving in for the kill, she must escape her subterranean safe house in a very real fight for life.

Alice in Wonderland – Sunday 14 May

Come with Alice on a magical adventure as she tumbles into Wonderland! Guided by the White Rabbit, Alice meets some astonishing characters, including the Mad Hatter, the Queen of Hearts, a studious caterpillar and those mischievous twins, Tweedledum and Tweedledee. Basing his ballet on Lewis Carroll’s much-loved children’s books Alice in Wonderland and Through the Looking Glass, Ballet Theatre UK’s Artistic Director Christopher Moore has created a captivating piece, brimming with wit, humour and charm. With its whimsical flights of the imagination, eclectic music and joyful dance. Alice in Wonderland is delightful entertainment for all ages.

The world’s biggest festival of hip hop dance theatre showcasing the very best from around the world and around the corner is coming back to Blackpool! Curated and hosted by UK hip hop pioneer Jonzi D, this is an awe inspiring weekend of exceptional performances from world champion b-boy crews to cutting edge street dance companies – live on stage. This year’s line-up includes South Korean super crew of poppers and b-boys Just Dance whose performance includes live Korean drumming; Canadian urban contemporary duo Tentacle Tribe; and Soweto Skeleton Movers who perform comedic contortionism fused with Pantsula, a style from their native South Africa. Spilling off stage and taking over the whole building, dance workshops, graffiti, DJs, and freestyle sessions make Breakin’ Convention an unforgettable experience for all the family. Be part of it! If you are a dancer, graff writer, DJ, MC or beatboxer, then the producer wants to hear from you.

For further information on all the spectacular shows available and to book tickets, visit www.blackpoolgrand.co.uk or call the Grand Theatre box office on 01253 290190. 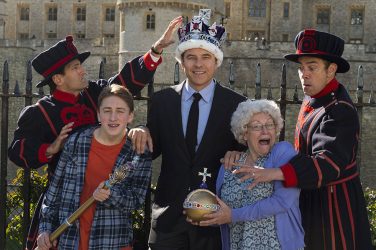 David Walliams is one of Britain’s best-loved public figures with his own brand of ... 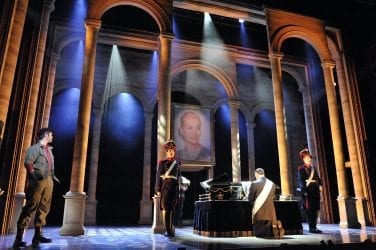 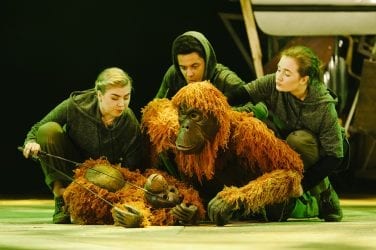 One of the best things about writing for altBlackpool – apart from getting the ...