There seems to have been quite a resurgence of interest in all things vampire in recent years, some of them good, some not so good, but there can surely be nothing which beats the original, classic, Gothic horror of Bram Stoker’s Dracula.

Dracula is one of the most universally iconic novels ever written. Often described as a monumental, genre defining classic that is known the world over, Dracula remains the father of all vampire tales and this autumn an all new production sees this bloodthirsty tale resurrected as part of a nine week tour.
A Touring Consortium Theatre Production in association with the Everyman Theatre and Ewing Entertainment receive its World Premier on Friday 28th September before visiting several regional theatres, including Blackpool’s very own Grand Theatre. Completely re-imagined by an exciting creative team, discover the story that started them all in this sexy, dark and thrilling adaptation of Bram Stoker’s classic tale of obsession and horror, brought to opulent and irresistible life in a contemporary interpretation that includes all the definitive characters.
Staged in Transylvania, enter the castle of Count Dracula and his three brides. The Count, who feeds on the elixir of young blood to look youthful, will take audiences on a deliciously evil ride as he pursues his victims and encounters Jonathan Harker, Van Helsing and Dr. Seward along the way. Ben Hart’s incredible illusion design will create an atmosphere of spine-chilling terror as audiences are shaken to their very core in this stage must-see.

“There was a deliberate voluptuousness that was both thrilling and repulsive. And as she arched her neck she actually licked her lips like an animal till I could see in the moonlight the moisture then lapped the white, sharp teeth. Lower and lower went her head. I closed my eyes in a languous ecstasy and waited.” Bram Stoker, Dracula, 1897.
Prepare to be very afraid…
Dracula is at The Grand Theatre, Blackpool from Tues 13 to Sat 17 November 2018.
For further information contact the Box Office on 01253 290190 https://www.blackpoolgrand.co.uk/event/dracula/

Ride The Lights with Rebecca Alper.

There is something for everyone at the Grand Theatre, Blackpool and now, with new ...

With all the talk of violence on TV and in the movies these days ... 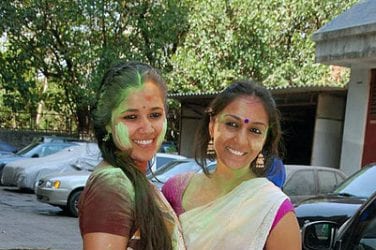 On Wednesday 27 March Hindus all over the world celebrate Holi, the festival of ...