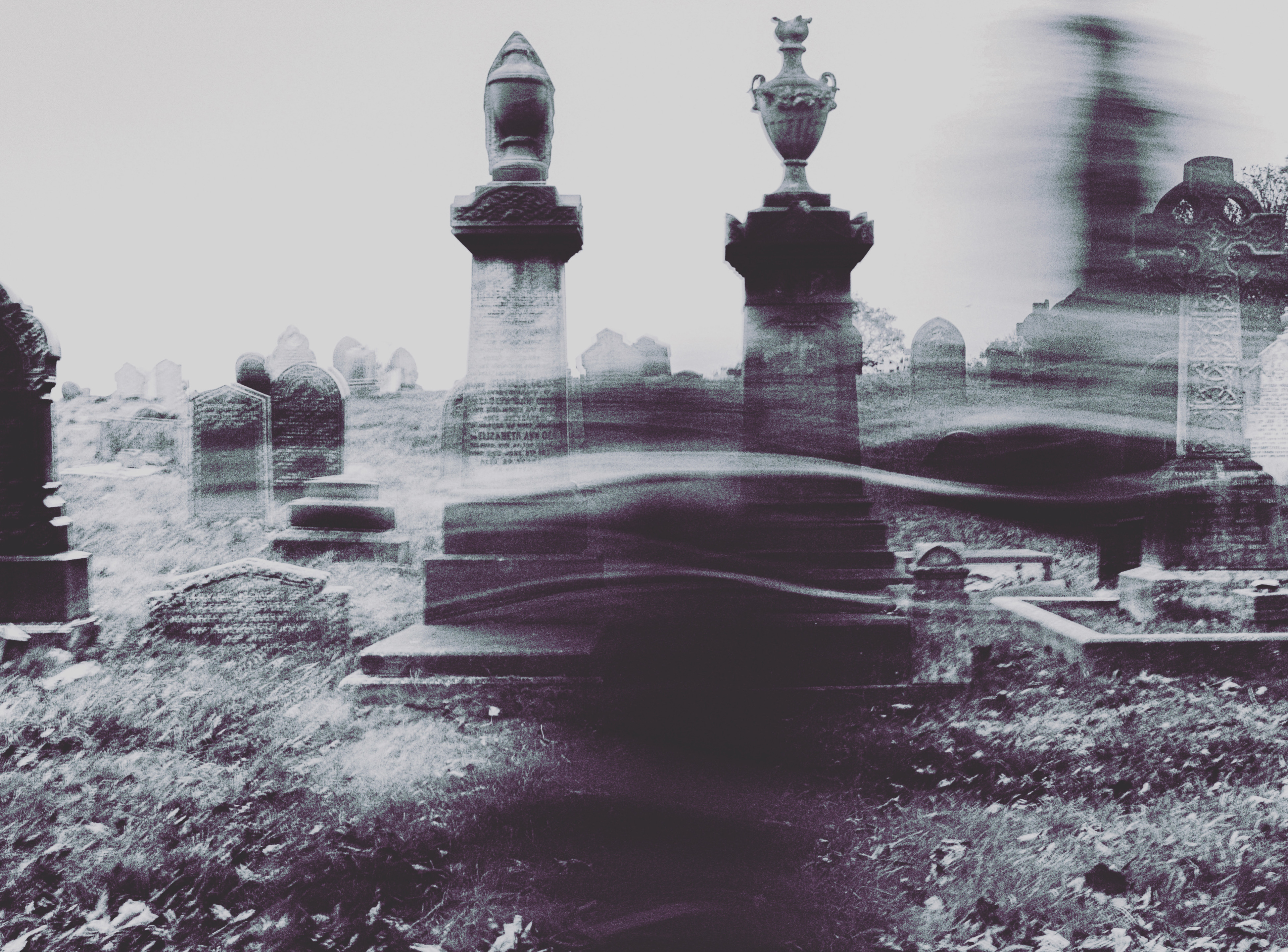 In this spooky instalment of In Her Place Stephanie Cottle meets Deborah Contessa, tour guide for Layton Cemetery and chronicler of Blackpool’s dark history

A deep, grey sea mist hangs in the atmosphere on the chilly autumn morning I arrive at Layton Cemetery. The usually bustling row of shops and cafes are eerily quiet, but we are under tier three coronavirus restrictions – I shrug off the stillness and set about finding the place I am supposed to be in.

As I walk alongside the aged and twisted iron railings that enclose the graveyard, I notice a raven hopping between the grass and the memorial stones. It turns its black, feathered head in my direction and eyes me with penetrating curiosity from a crooked tombstone. I stare back at the glossy bird and slowly raise the camera around my neck in an attempt to capture its image. As my eye reaches the viewfinder however, the raven emits a shrieking ‘caw’, spreads its shadowy wings, and takes off to find cover from my intrusion. Feeling the wind graze the back of my neck, I shiver and look skyward; the forecast has predicted no rain, but the murky clouds plot an agenda of their own.

Approaching the open gates, I spot a figure seated on a stone wall that surrounds a small outbuilding. A woman, dressed in black. Her pale face searches for something, or someone, in the distance. Her features are a picture of concentration, but as I follow her line of vision, I see nothing. Attempting to walk over to her quietly, so as not to startle her from her thinking, I advance with caution but the heel of my boot loudly scrapes the worn tarmac path. Instantly the woman’s attention finds me. I freeze and I am met with the same piercing curiosity the raven eyed me with just a moment ago.

“Hello! I’m Deborah,” says the woman, as the warmest smile possesses her lips, “Won’t be a sec”. I can see now that her eyes had been fixed attentively on her iPad, on which she taps out a couple of words and then pops it into her bag. Swinging her legs from the wall she jumps to her feet and brightly states: “Lovely to meet you!”. The tension I have mustered vanishes – I am about to spend the dullest October morning in the sunniest company.

As we walk along the tombstones Deborah sets about giving me a brief history of Layton Cemetery which opened its gates in 1873. The cemetery encompasses an area of 30 acres and was initially designed and laid out by Garlick, Park, and Sykes, architects of Preston. Though the site originally had three mortuary chapels, Anglican, Catholic and Non-Conformist, only the Anglican chapel remains. Sitting just a short walk from the cemetery gates the chapel presides mournfully over the cemetery entrance and although its windows are currently boarded it retains a quiet beauty.

Some of the tombstones throughout the cemetery lie scattered amongst the grass, angels with solemn faces reach forward with their torsos but forearms and fingers are missing. Deborah informs me that often people assume that acts of vandalism have occurred, but more often than not the graves simply succumb to the weathering of our coastal town – nothing lasts forever, even in death.

With Halloween quickly approaching I ask Deborah if she had any tales for the Blackpool Social Club readers to enjoy. She kindly agrees to provide an insight into a couple of individuals whose places of rest are unmarked. Among the fascinatingly macabre, beautifully mundane, and simply remarkable lives lived by those who now occupy Layton Cemetery, it is these stories that I most appreciate Deborah taking the time to find, research and resurrect. From here I leave you in her capable hands.

The humble gravestone is more important than you might think, for those who have been given no permanent memorial are often overlooked, figuratively becoming ‘lost souls’.

The omission of a monument or headstone does not equate to the fact the person interred is not worthy of being commemorated. Often a simple lack of funds is the case. Sometimes there is a cultural or ‘celebrity’ motivation.

The unmarked plots due to financial limitations are probably the saddest, those who lie below can go completely unnoticed. Here at Layton Cemetery, Blackpool, we endeavour to tell you the stories beneath the stones and regale you with the tales from the forgotten plots. Here are just a couple of chronicles to whet your appetite.

Now we have all heard of The Hunger Games but in the late 19th and early 20th centuries, Hunger Artistes became a national obsession and crowd-pleaser. I find it extremely bizarre to think my grandparents, as small children, could have boarded a charabanc to Blackpool each Wakes Week to witness such sights.

Staring at people with unusual bodies was a common form of entertainment at British seaside resorts. While those of extreme weight were particularly popular, the starving performers provided holidaymakers with a unique and titillating form of amusement. Fasting in public was very much seen as an endurance sport that demonstrated physical prowess. These sideshow performers allegedly existed only on water and were seen on display all around the modern world.

Ricardo Sacco was one such practitioner of the obscure real-life phenomenon of professional fasting. Sacco wanted to beat the world fasting record by completing a 65-day fast at Blackpool in the summer of 1929.

Displayed in a glass case, surrounded by wild and exotic plants and animals, Sacco exhibited himself at a Church Street peep show, where thousands of punters paid a penny a time to watch him suffer for his art. Unfortunately for him, a French rival was also performing fasting in Blackpool at the same time, causing Sacco to extend his own by a further ten days.

After a monumental effort, Sacco succeeded, surviving on just water and cigarettes, shrinking from 11st 2lb to a mere 8st 2lb. He proclaimed to his fans (many of whom were besotted young women) that the fast would be his final – never was a truer word spoken.

Sacco never recovered from his record-breaking performance and soon after died at his Cookson Street home from a combination of exhaustion, cardiac failure, ascites, and an enlarged liver. The coroner, Harold Parker, recorded a verdict of death by ‘misadventure’.

A requiem mass was held at Sacred Heart Church, where the congregation was mainly made up of his young female fans. From Sacred Heart, he was then taken to Layton Cemetery for internment, where he rests in an unmarked grave.

Posthumously, ‘Sacco’ was revealed to have been Dutch baker Richard Hans Jone.

This melancholy landscape is the unmarked grave of 27-year-old Mary Starr who was brutally murdered by her estranged husband at her mother’s home in Lord Street, Blackpool, on 24th November 1903.

Henry and Mary had a tempestuous relationship. Often vociferous arguments were overheard by the neighbours. Only four months after they had wed (in shotgun fashion) Mary had instructed Henry to move out of the house they shared with her mother and was seeking a separation order. She also approached the police courts regarding obtaining an injunction against Starr.

Seemingly, Starr was interested in saving the marriage, but Mary was having none of it, having been abused by her husband and left destitute she saw no point in reconciliation.

After a heavy bout of drinking an inebriated Henry Starr arrived at Mary’s mother house and snuck in through the opened back door. He attacked them both with bread knives. Mary died from more than 20 stab wounds inflicted in a brutal frenzy. Doctor James Johnson noted, on examination of the body, one of the wounds was large enough for him to fit his hand through while others had penetrated her bones.

Henry had previously been charged but acquitted of murdering a girl by drowning her in the River Ribble at Clitheroe. Sixteen-year-old Eleanor Coulthard was discovered bobbing in the shallows. Upon her person, tucked away in a pocket, Starr’s watch was discovered by police officers. A subsequent search of his lodging’s revealed love letters between the pair. Starr literally got away with murder on a technicality on that occasion.

Justice finally prevailed when he was hanged in prison at Liverpool (Walton) assizes on the 29th December.

You can find more fascinating stories at Beyond The Blackpool  Blog or by visiting the Blackpool Fylde & Wyre’s Grisly Ghostly Past! Facebook page.

The Friends of Layton Cemetery can be found at www.laytonfriends.org

Local youngster shows us all how charity begins at home 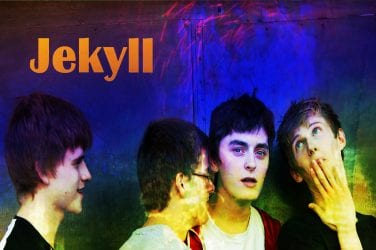 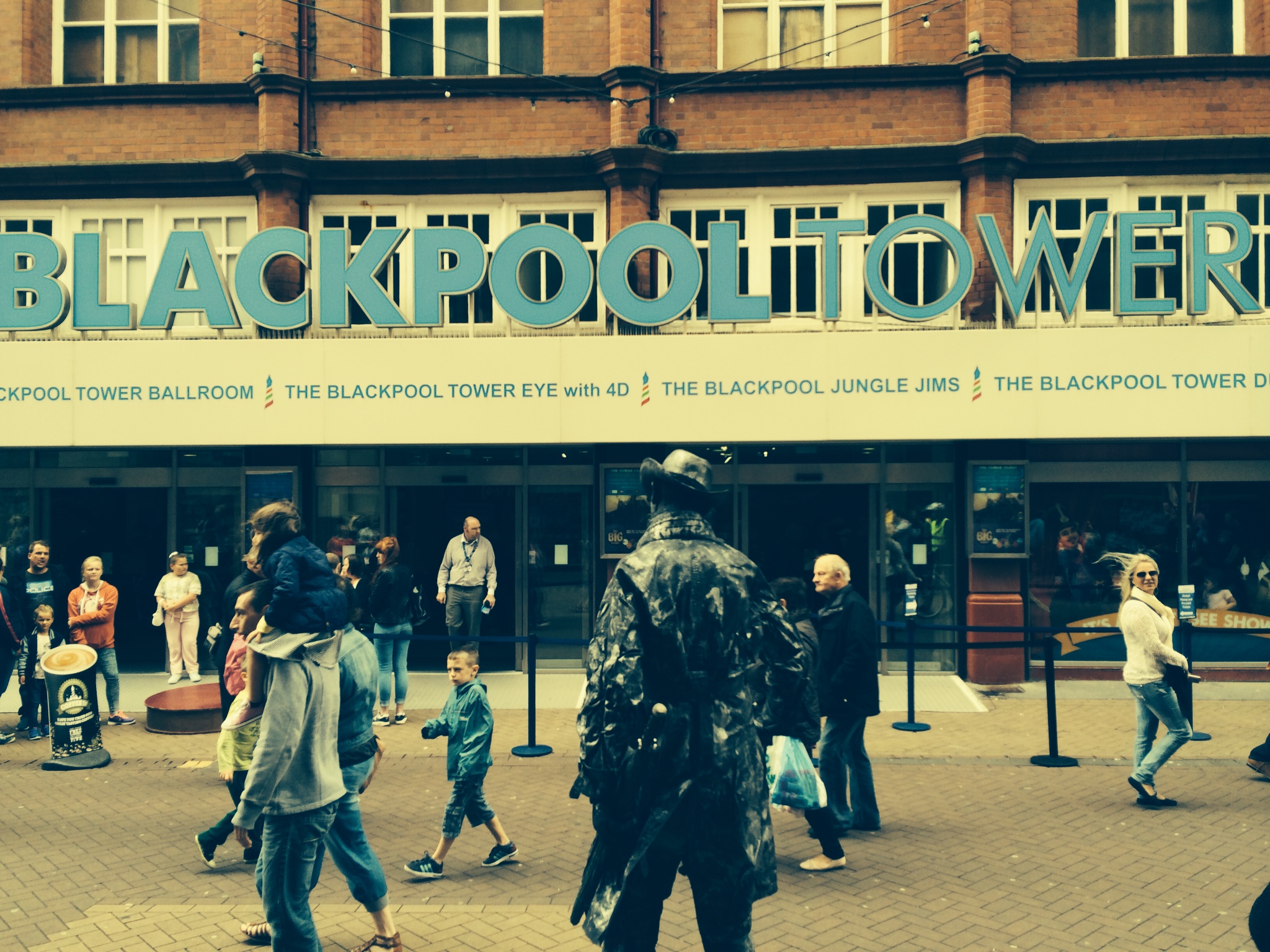 The Dapper Side – Tourist Art

Even before my recent trips to some of Europe’s most splendid cities, I have ...