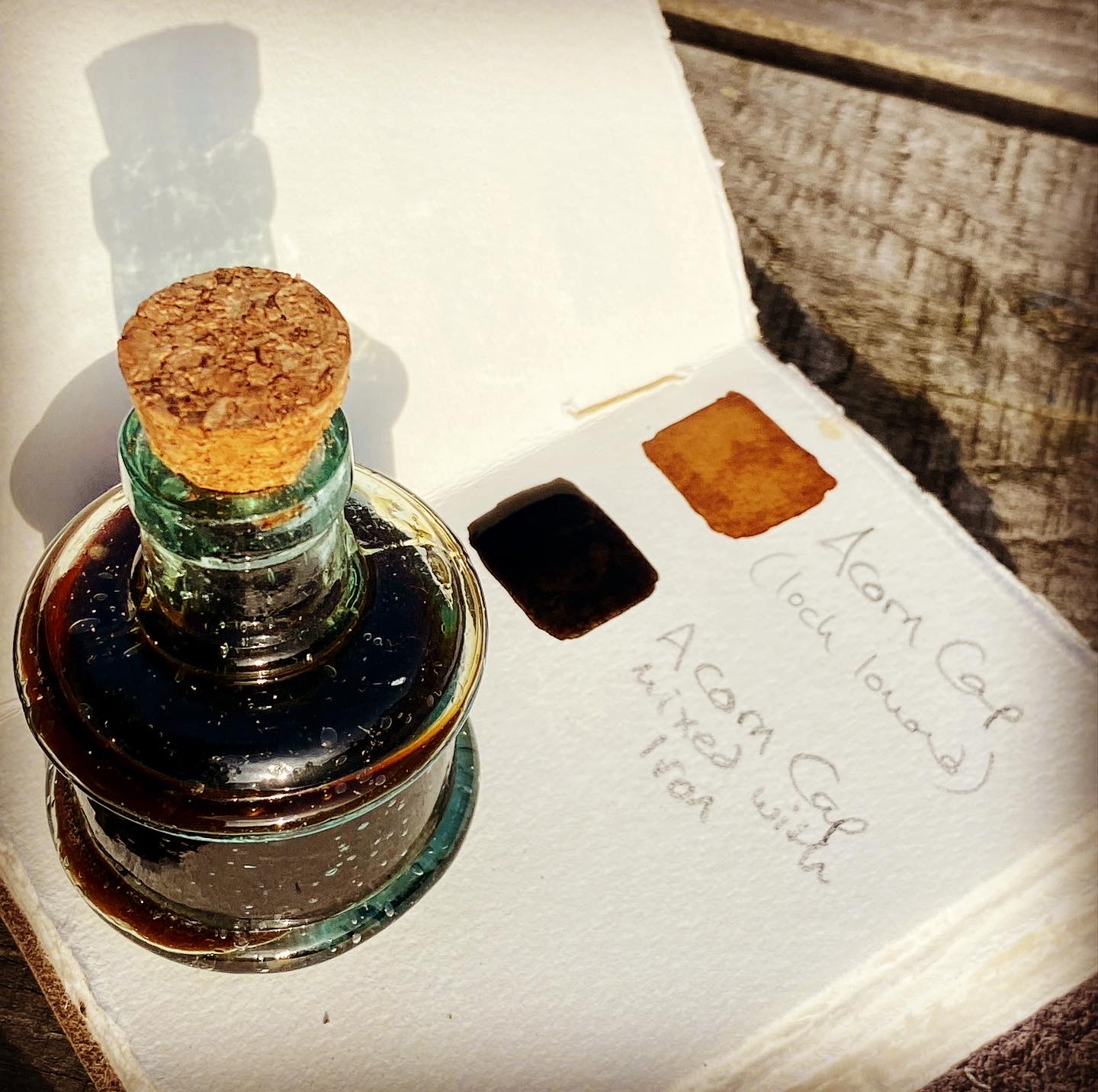 The natural world has always been my go-to for creative inspiration – structure, patterns, colours and materials, there is always something new to discover.

Over 20 years ago I was lucky enough to work as Blackpool Zoo’s in-house artist and had the privilege of spending time alone sketching the animals before the Zoo opened to the public each day. This unique opportunity opened my eyes to the benefits of outdoor art for wellbeing, education, and community engagement along with the fascination of reconnecting with nature and set me on a new wild pathway.

How have you kept creative through the lockdowns and restrictions?

Lockdown may have postponed my wild community engagement programmes for a while but the benefit of time out is the chance to experiment. For someone who only works outdoors the confinement of spending time indoors was challenging but made me view my small space differently. My untidy garden was perfect for bees and butterflies, overgrown and a bit wild, with nowhere else to go this became my new nature reserve and artist studio. With non-essential shops closed, it was time to see if I had any resources waiting to be unearthed.

Tell us about your creative process.

Initially, I started by digging up clay, grinding rocks, and charcoal from the fire pit to make natural pigments. Mixing them with egg yolk I could produce a tempera mineral pigment which worked well on some old slate roof tiles that I discovered leaning up against the shed. Reusing abandoned materials reminded me of art college days, spending time rummaging around industrial estates looking for free resources to recycle, transforming rusty pieces of metal and discarded bike chains into a giant seahorse sculpture. I loved the excitement of creating art using only what you can find.

Pleased with my tempera paint experiment my next discovery was a happy accident. I had cooked some nettle leaves and as I squeezed them out the water was a vibrant green, too good to pour away. With some experience of making inks and dyes from oak galls, elderberries and mushrooms I realised there were other pigments to be had in my overgrown garden, time to create a botanical art box.

Springtime started with Nettle, Daffodil, Flowering Currant, and Sea Buckthorn berries that had been hiding at the back of my freezer since September waiting to be turned into juice. By boiling up petals, squashing berries, scouring pieces of calico, and adding mordants I started to collect the colours of the season in dyes and inks. The colours were vibrant, natural, free, and accessible during lockdown.

As the sun continued to shine the plants thrived, dandelions and bluebells petals were reduced in a pan in the kitchen mixed with Gum Arabic and new inks were made. Nothing was wasted. Rhubarb was harvested to eat, while the leaves were collected to create mordant for future dying projects. Each hour allowed out for exercise was an excuse to expand the art box. I never picked flowers that were thriving but as soon as the petals were falling then they felt like fair game to end up in my saucepan. Purple Honesty poking through the railings by the railway track, Ornamental Poppy petals in the park and even the bark from Alder driftwood watched up on the beach was made into ink.

What are the challenges?

Natural inks don’t have the shelf life of their shop-bought relatives so my fridge was filling up to extend the life of these botanical colours. Also, I was so absorbed with creating the colours I needed to find time to sketch with them. I tried various tools, a brass nib, glass dip pen, quill, and brush but my favourite by far was a sharpened stick. Easy to find and could be whittled to whatever shape was required.

What were the surprises?

Looking for inspiration for subject matter I started with things I could find in my small space – a feather, leaf, dandelion clock, Common Blue butterfly. Often the colours produced would dictate the picture, the pale green made from chive ink perfectly matched the swathes of cow parsley now growing in the park. Some inks and dyes were a surprise, the pillar box red Poppy petals turned dark green as soon as the dye mixed with the alum mordant, purple Tulip petals produced a vivid yellow colour.

I discovered a bag of Oak galls I had collected the previous Autumn intending to make into ink so they were crushed and mixed with iron to produce a deep, rich waterproof ink. This worked well on an old piece of suede and was made into a foraging pouch. I found a small piece of copper pipe on the beach – admittedly this wasn’t natural but it was still stumbled across and free so it was added to the ink box and after a long and patient month-long wait the most incredible copper acetate blue was made. This could be used over the waterproof Oak gall ink to add vibrancy to the sketches.

Other creativity was discovered along the way – boiled up ivy leaves released sapions making free detergent soap. Natural cordage was made with Nettle and Rhubarb stems, Crocosmia and Daffodil leaves. There was a wealth of resources growing as each month appeared, by the Autumn the rainbow of colours turned to a darker palette made from Shaggy Inkcap mushrooms and Acorn caps.

How does the creativity continue?

These colours can be seen in my latest project, a small book of invertebrates, starting with a cockchafer beetle as they have incredible antennae and are nick-named doodlebugs. I look forward to sharing these skills when I can return to my current community project “Exploring the Wild Edges” but until then I will continue to discover the nature on my doorstep and the wild colour it brings.

Are there any books you could recommend for those interested in creating natural colours for art?

Nick Neddo’s “The Organic Artist” is a beautiful book to inspire, how to make your own paper, pigments, and drawing tools all crafted from natural objects. It will change how you look at things and encourage you to spend more time outdoors. He has also recently published “The Organic Artist for Kids” a great read if you are working with community groups and want to get all ages and abilities involved.

Are the colour possibilities different by being by the seaside?

Yes, our coastal plants have adapted to withstand salt water and strong winds rather than produce lots of flowers for pollinators but we do have invasive plants growing on our dunes too. Sea buckthorn and Japanese rose are regularly removed by conservation groups and make incredibly vivid colours for inks and dyes.

Where do you think this journey will take you next?

I’m really enjoying having time to sketch but also hoping that I get to share these skills with the small community groups I’m working with. It’s always good to pass knowledge on and exciting to see what creations other people come up with. I like to encourage individuals to experiment without being concerned about making mistakes, that’s how new ideas develop.

Cake or Pie? Always cake, with an enormous pot of tea.

Book or Film? Book, I would happily live in a library

Funniest or most intelligent in the room? – always up for a laugh

Most inspirational spot on the Fylde Coast? Currently the beach, the sunsets are incredible and the view changes every day.

The song that best describes you? International Velvet – Catatonia

Julie Norman studied printmaking and illustration in North Wales and is a Forest & Beach School practitioner- based at the Eco Pod, Park View, Lytham where she delivers a variety of creative outdoor workshops.

Later in the year, we hope to catch up with Julie again to find out more about her Women’s Bushcraft meetings. Follow Julies Instagram here

Transforming Education in Blackpool: Literacy for all 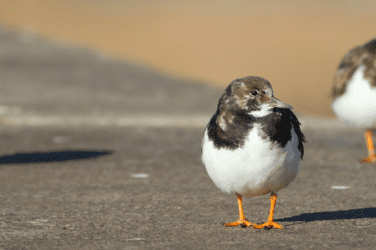 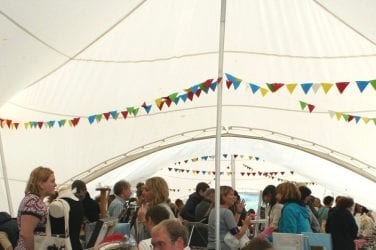 Opening of the new Wallace and Gromit ‘Thrill-o-Matic’

It’s pushing 1pm and all the whistles and bangs of the opening celebration for ...