Caroline meets up with Ollie Tingey of BUA (Blackpool Urban Arts) during one of their Parkour training meet ups to see what it’s all about.

Caroline: So Ollie, what is Parkour? Other than bits on TV advertisements I’m afraid I’m a little ignorant.

Ollie: Parkour as an art is an activity with the aim of moving from one point to another as efficiently and quickly as possible, using principally the abilities of the human body. It is meant to help one overcome obstacles, which can be anything in the surrounding environment – from branches and rocks to rails and concrete walls – and can be practiced in both rural and urban areas. Parkour practitioners are referred to as ‘Traceurs’, or ‘Traceuses’ for females.

A fellow practitioner I train with currently quotes; “It’s an advanced version of ‘Don’t touch the floor’.” – Patrick Healy.

Caroline: What’s the difference between Parkour and free running?

Ollie: The term free running was coined during the filming of Jump London, as a way to present Parkour to the English-speaking world. The main difference between the two is Parkour as a discipline comprises efficiency, whilst free running embodies complete freedom of movement and often includes many acrobatic manoeuvres. While Traceur’s practice Parkour in order to improve their ability to overcome obstacles faster and in the most efficient manner, free runners practice and employ higher skill set of movements that are not always necessary in order to overcome obstacles.

We often compare the two by imagining a chase scene. For example if an escaped Lion is after you, as a Traceur it would be much easier to escape, but using a free runners movements it is more unlikely as the moves particularly cannot be used to keep up the speed.

Another difference is the attitude of those who perform this Art in comparison. In my experience free runners appear to be a lot more egotistical and attention seekers, performing moves to grab a crowd, whereas those that train with dedication in Parkour are only doing it for a self-progressive nature.

Caroline: So your history, how did you get into it?

Ollie: Way back in my school years I’d noticed some guys from the year above me randomly jumping across tables, up walls, and running across the tops of those walls seemingly without a care. Naturally as I was fond of sports in general I approached and asked to join in. For that next year I’d still never really understood why they were doing all of this other than for the fun of it and to keep fit, it took them this long before being able to show me some real media about what Parkour is. At this point the art was rather unknown. After realising this was a ‘sport’ that barely anyone knew about I wanted to be a part of the spreading of knowledge and to get everyone into this art that I love.

Along with the guys I started training with; I started a community group event type thing to encourage others to join us in weekly training. Seafront Freestyle became well known rather quickly and became known as the largest group scheduled event for arts and sports in the UK due to one instance where we had over 50 practitioners training on one day.

Now that I’ve moved to Blackpool I hope to get the same amount of interest as we did down in Brighton over the course of a short few years.

Caroline: What’s your background and experience?

Ollie. I’ve been training over 8 years now and have loved every day I’ve been out to practice this amazing art and as much that I don’t consider myself so great yet, I’m certain I can be amazing eventually.

I’ve been considered as a great teacher and have benefited many uprising Traceurs in the past, I hope to continue my efforts now I’m living in the Blackpool area by helping more people to gain the knowledge of Parkour and Freerunning, and the benefits it brings mentally and physically.

I’ve studied martial arts and even various dances, but none I’ve stuck to like I have with Parkour. I find it’s been the best art for self-improvement than any other due to how much of the mind and body are encouraged to work – and as a benefit, it’s completely free!

My main love about Parkour has been in meeting new people with the same like mindedness as myself. The camaraderie of practitioners when training is awesome; it really helps to encourage further training and to improve in your own abilities so much more than if training solo. Others can give their own opinion about certain moves or just generally another way to perform it. So much friendlier as a way to learn a new movements or art than many other sports or arts I’ve been involved with before.

Caroline: What else are you involved with and what at are your plans and wishes for the future?

Ollie: Blackpool Urban Arts is a community driven event in order to encourage many types of artists to band together and practice their work in a comfortable condition and amongst others of the same mind-set. It’s focused primarily at Parkour and Free Running but I hope to get others involved and joining in. Dance of many sorts can be trained in familiar situations as Parkour, as well as Martial Arts. Even Graffiti artists are wanted. I hope to achieve a large number of people to dedicatedly train in what they love on a weekly basis, helping others to learn and also to learn something new that another individual can bring to the sessions.

To begin with I’m hoping to get a group together that will be used for demonstrations and in charity type events. Beyond that I’d like to open up classes and generally spread the art forms to encourage the youth of today to grab a new skill that would generally keep them ‘off the street’ so to speak.

You can find out more about Blackpool Urban Arts on website or their Facebook Group. Images courtesy of CJGriffiths Photography. 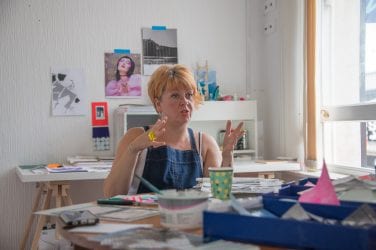 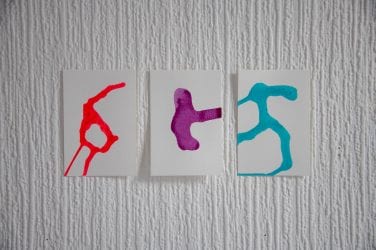 Above the hustle and bustle of the town centre a collective of artists share ... 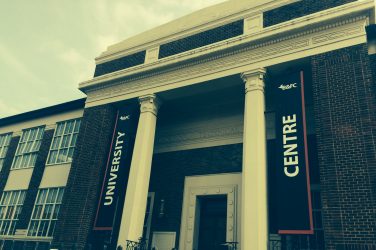 The Dapper Side – End of an art college?

This month has seen the start of a new term.  Pencils sharpened and new ... 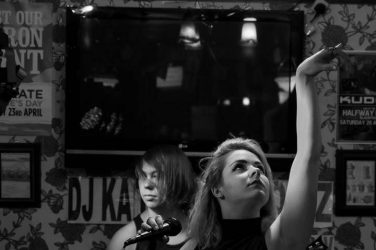 Steve Guest
1 comments 0 Shares
We use cookies to ensure that we give you the best experience on our website. If you continue to use this site we will assume that you are happy with it.OkNoPrivacy policy