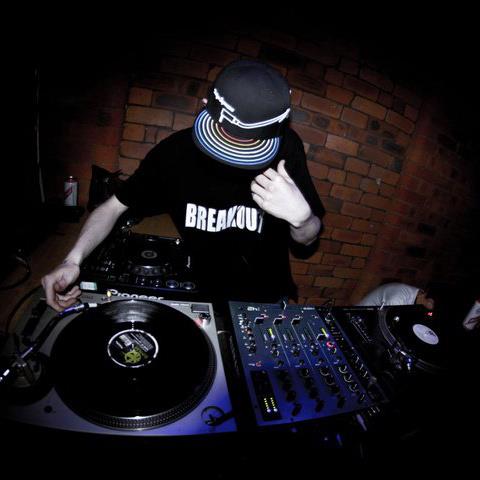 For anyone in Blackpool with an interest in dance music, the name Luke EP should be familiar. As founder of the Blackpool-based Drum and Bass/Jungle collective, ‘Breakout’, he’s been responsible for some of the resort’s most legendary club nights. If you’ve been lucky enough to have seen Sub Focus, Chase and Status, Hazard, Danny Byrd, Pendulum, Grooverider or Break in Blackpool in the last few years, the chances are you’ve been high-stepping to the sound of his hard work.

Since the Syndicate days, things seem to have gone a bit quiet on all things Breakout in Blackpool. I’ve seen enough Facebook updates to know that they’ve been collecting sets in major cities like Yu-Gi-Oh! cards, but when it comes to the Fylde Coast; tumbleweed. So it was a bit of a surprise to wake up on Wednesday to a message from Luke: “Hey mate, I just came second in the [expletive deleted] Outlook Festival Producer Competition!!!!! Beat 80 entries from around the world.”

The sheer number of exclamation marks in said message made me think this might be a bit of a big deal. Personally I’d never heard of the Outlook Festival before but I quickly Googled their page and got the following:

“Outlook is the largest Bass music and Soundsystem Culture festival in Europe, featuring the biggest names from the most vibrant cutting edge dance scenes around. When we talk about bass music we don’t mean the bastardised commercial version currently being sold to children, we mean underground dancefloor music, whether it be house, techno, dubstep, reggae, dub, hiphop, garage, grime, electronica…”

Add to that synopsis that it’s held in Croatia and this was starting to seem like a pretty big deal. I arranged to meet Luke for a congratulatory pint in Gillespies and ask ‘Wha gwaan?’ in my best Junglist stylee:

Alright Luke? Congratulations on the Outlook competition. Can you fill me in on what it is?

Yeah, it was an international competition for producers. You had to make an original track and send it off for judging. The winner got an all expenses paid trip to the festival.

Nice. So what did you get for coming second?

I got free tickets for the weekend, camping passes and a jacket. The ironic thing is I was already on the guestlist but don’t say that in your article, I don’t want to look like a douchbag.

I dunno, it sounds like you’re showing off, doesn’t it.

Not really, but alright, I won’t put it in.

So, you beat 80 guys from around the world, you must be pretty stoked.

Yeah, I had this track I liked that I’d done a few months before the competition, but I’d learned tons of techniques since then, so I went back and tweaked a few things and sent it off. Then I got a message to say I got second place. I’m pretty happy about it.

So who got first place?

No hard feelings then?

Nah. Turns out he’s from Manchester. How mad is that? 80 entries from round the world and the top two are within 50 miles of each other. We’re swapping tracks and remixing each other’s stuff at the moment.

So you knew him before the competition?

No, we looked each other up when we got through to the final round. You should check out his track, it reminds me of the ‘Kevin and Perry’ soundtrack.

That doesn’t make me want to listen to it to be honest.

I know, it’s not the best reference but give it a listen, I’ll send you the link, it’s ace. Mine’s on there too.”

Alright, I’ll do that. One final question, what’s going on with Breakout these days? Blackpool seems a bit quiet on the bass front recently.

Personally I’ve been playing regular slots at the Mint Warehouse up in Leeds. As a group, we’ve got a few things lined up that I cant really tell you about yet but we’re playing Preston, Liverpool, Leeds, Manchester and Lancaster in the next couple of months alone.

At the risk of sounding like a complete idiot, big tings a’gwaan then?

What about Blackpool? You’re coming back, yeah?

Of course, we live here. We’ll be doing something in Blackpool sometime soon, definitely before the end of summer.

(I give him a look in the eye.) Promise?

And with that, he’s shaking my hand to seal the deal and heading off to make some new beats somewhere I’m not allowed to tell you about, all secretive like some kind of stoner Freemason. Based on his previous record of putting on incredible club nights, I’m gagging to see whatever it is Luke has planned. Make sure you keep a look-out for Breakout events this summer. One thing’s for sure, it’s going to get sweaty.

Keep up to date with Luke’s next moves by liking his Facebook page or take a trip up to Leeds to see him play the Jungle Jam & Detonate Arena at Mint Festival next month.

Friday Nights at the Comedy Station

Child poverty is an issue in Blackpool that we are all too aware of. ... 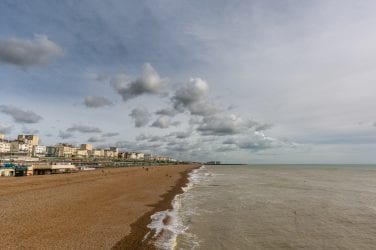 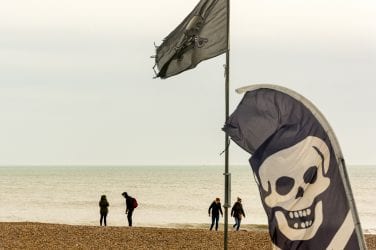 Seaside Towns Out Of Season Reflections. 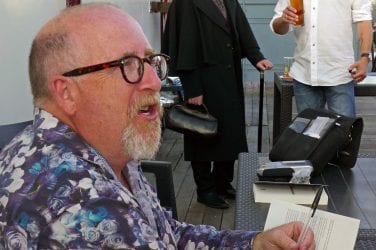 I caught up with Rob, a familiar face around Blackpool, as he works as ...

Claire Griffiths
0 comments 3 Shares
We use cookies to ensure that we give you the best experience on our website. If you continue to use this site we will assume that you are happy with it.OkNoPrivacy policy