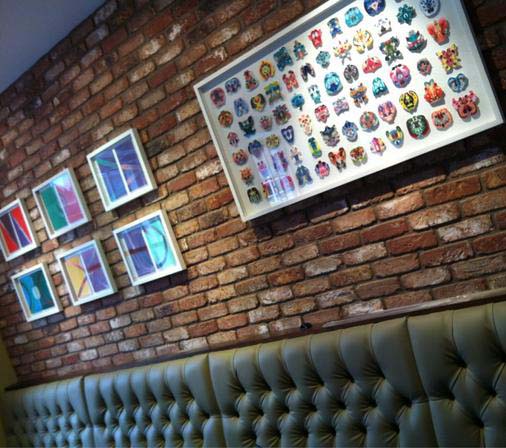 Leading up to the preview of his exhibition, Studies for the Broken Sun – currently exhibited at Caffe Dolce, Mike Cassidy took time out to answer some questions about an eternally debatable subject: art.

Am I able to actually fly? That would be amazing! If so that, but I’ve never really been one to run away from anything.

Well imitation is the whole reason why art exists. As human beings we do it without even noticing. What I find really interesting about imitation is the differences that occur, the unintended little diversions that allow something new to develop. Memes get copied with variation and evolve just like our genes. That’s how culture grows.

3) The job of the artist is always to deepen the mystery? (Francis Bacon)

I like Francis Bacon a lot. I think what he’s getting at is that art is a lot like science, in that the more we do it, the more we find out about the world, the more we realize there is yet to understand! This is the most exciting thing there is!

I think the job description has changed a great deal since he said that though. I try to constantly reflect on what it means to make art in the time I’m living in. It seems to me that art is far more important than a handful of deep thinkers navel-gazing and intellectualizing about what it’s like to be a human being. It can reunite broken communities. It can give people a voice in history. It can help people to live, learn, get jobs and make sense of the world where numbers and words fail them. In the time that I am living ART is far more important than ARTISTS. I think it must be true then, that artists don’t have a monopoly on making art, or deepening the mystery for that matter.

4) Drawing is the honesty of art? (Salvador Dali)

He’s one to talk, isn’t he? With his Freudian psychological conditions and his nonsense dreamscape acid trip landscapes, and his bizarrely spliced fantasy zoo specimens…I think he might be right though.

The way we draw is as individual as our handwriting. One of the most wonderful things about teaching people to draw is the personality that comes through in how someone chooses to make marks.

My work is all about the theatre of the thing you’re stood in front of. I like the way the way the brush marks perform the story of how they were made over and over again, never the same twice. The marks that we make carry so much more than just an image. I think that’s one of the reasons why we continue to paint and draw in the age of camera phones, social networking and instant image production. I think there’s something really profound about a human being responding to a visual source through drawing. There’s no Photoshop filter that can do that!

I love a good Lark. There’s lots of room for larking around in art.

It can be a bit misleading to talk about ‘conceptual’ art. It’s not necessarily a new thing to think about art conceptually. Take Velazquez’s ‘Las Meninas.’ It’s a mind-melting monolith of conceptual wizardry. He sets up a circuit in time that sort of cancels out the painting’s whole existence. Yet here we are as the viewer, stood in the spot in the painting where he was stood, painting it – in 1656!

I think it’s just the case now that visual language has developed to such a point that has allowed the concept inherent in a work to become louder than the visual values of the work. And why not! Why should art be chained to image or objecthood? Can’t it exist outside the concrete, as simply an idea, one that gets imitated with selection and variation? The virtual world of Facebook, Twitter and Instagram certainly allows this.

I was banging on before about how art can strengthen communities. That’s the whole point of relational aesthetics, the art movement that examines what the relationships between people look like. In 2001 Jeremy Dellar staged a spectacular reenactment of one of the most violent confrontations of the 1984 Miners Strike, using over 800 residents from (and the site of…) Orgreave, the village that was torn apart by it. Amid all the interesting discussions about the layering of history and the nature of performance, was a community that was given the opportunity to be united in telling their story.

Concepts are beautiful things that, like String Theory or the Higgs Boson, help us to re-engage with and re-understand the world. The problem most people have with conceptual art occurs when we try to insert monetary worth. This is something that, as someone who sells the things they make, I tend to struggle with a bit…

7) This question represents a pause into which you may raise any topic you choose. Or not.

…What’s important is not who owns what, but that everyone has access to art and can engage in (at the very least) the culture they belong to.

The oldest language we have. It’s the way in which we share experiences that might otherwise stay locked up inside us. It’s how we know we’re not alone. 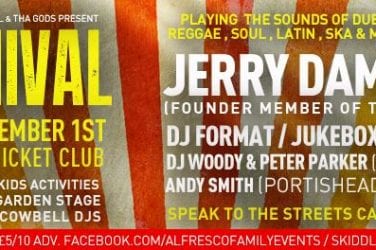 I caught up with Mark “Chinny” Davis one of the team behind Cowbell Radio ...

Clancy Mason gives you a taste of the products on offer at the launch ... 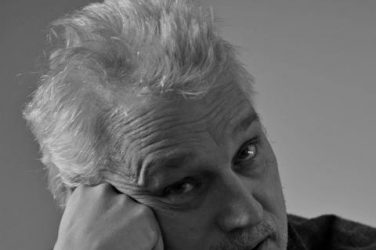