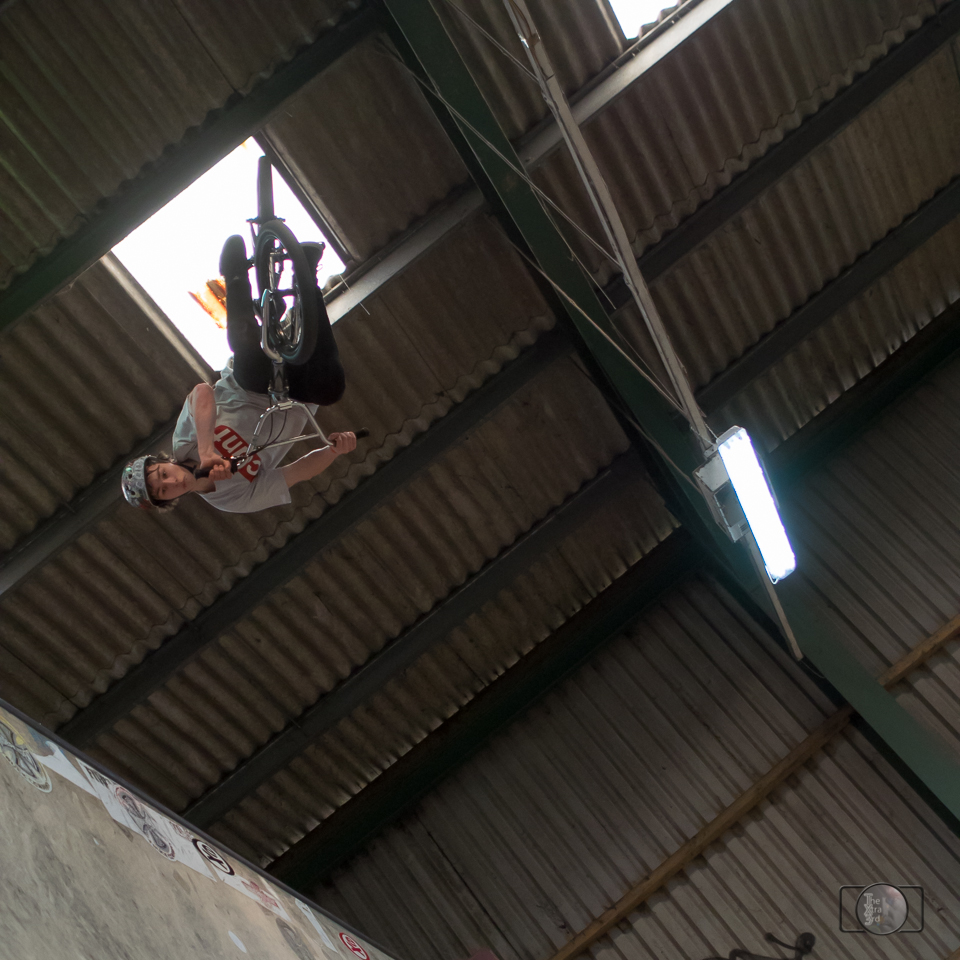 If you think that flares are a bygone fashion statement and a can-can is a a French music hall dance then this probably won’t make much sense. If, on the other hand, you have seen the X-Games or Travis Pastrana’s Nitro Circus then you will understand that these are complicated and risky moves done by adrenaline junkies on two wheels. Or, to the uninitiated, lunatics on bikes! And I mean that in the nicest possible way.

On Sunday 30 March, Ramp City played host to round one of the BMX Vert Series and I finally got my chance to attempt the somewhat daunting task of photographing these guys in action. Many, many moons ago I used to ride BMX so to wander back into this arena was a bit of a trip down memory lane. In my day the biggest air you got was a ‘tabletop’ and a 360 was considered an achievement.  These days teenagers are launching themselves 8 feet out of the top of a 14 foot half-pipe ramp whilst doing flips, X-Ups and a minimum of 540 spins. Things have come a long way and I seriously doubt my brain could process information fast enough to keep the rubber side down anymore.

The competition was divided into three sections. They were (followed by my interpretation of the categories):

Vert Squirts range from those barely able to walk through to early teens. Without a doubt they know no fear. The only thing bigger than the ramp they are throwing themselves at is the smile on their faces whilst they are doing it. To witness what could only have been a ten year old at best keep trying a tail-whip, despite some heavy falls, until he got it was astounding and the cheer that went up when he did land it shows just how much these guys support each other.

The amateur class took things to the next level. Tail-whips, flares, 540s being pulled left and right. They didn’t just throw themselves at the ramp, they threw themselves out of it as well. I’m sure a couple, at least, were trying to tap Ramp City’s roof. The warm up to the competition is basically a bit of a free-for-all. Each person getting a chance to get a feel for the ramp, trying out a few tricks, checking their brakes (those that actually use them) before clearing the way for the next one. It was during the warm up that one of the guys took a heavy fall and destroyed his front wheel. These guys aren’t sponsored. They are not rolling in cash or spare parts. It looked like he was out, until one of the pros took the wheel off his spare bike and handed it over. Considering what he had done to his own I’m not sure I would have been quite so inclined! Anyway, wheel fitted, and a couple of quick practice runs later, the comp started. Throwing caution to the wind, ignoring the bruises and banishing the memory of the crash, he won. Now that is either dedication to your sport or a complete lack of respect for your own well being.  Either way, it was a fitting result.

Before the Pros took to the ramp there was a little interval where all riders got the chance to ride the only wooden full pipe in the UK. An opportunity everyone took full advantage of, including a couple of lads who seemed to forget about the ‘one at a time’ rule. The gasps from onlookers as these two passed within, what seemed like, inches of each other were only drowned out by the cries of, amongst other things, “you nutters!” The only thing to get close to topping this was the lad who ‘bomb dropped’ in at the far end, a maneuver even the announcer, Zack, couldn’t believe. Riding a full pipe is a non stop thing. There is no flat bottom where you can grab a quick breath. Once you start there are two ways of stopping; brakes (if you have them) or crash.

There was an air of trepidation surrounding the half-pipe as the Pros took to center stage, along with a distinct smell of Ralgex. The Pros are the guys, similar age to myself, that really don’t want to stop doing what they love. The crashes may hurt a little more and take longer to recover from but the adrenaline buzz just can not be escaped. I admire them, almost envy them, for their commitment to the sport they grew up with. As I said before, things have moved on in dramatic fashion. The tricks have got bigger, the facilities for training and practicing have massively improved, even technology has played its part with the development of bikes, safety gear and riding surfaces. Whilst the tricks may not have been as wild and, dare I say it, reckless as the previous group they were precise, measured and well executed. The way they used the whole ramp, the grinds on the coping, the flow from one trick to the next is something that only experience can give you and these guys have it in bucket loads.

Big thanks have to be given, not only to all the competitors, but also the organisers, the sponsors, Ramp City and of course Woody.

What will you do? 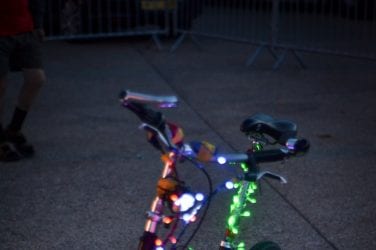 After a mixed Bank Holiday weekend of weather locally the good news is that ...

On Saturday 6 May 2017 fans from all over came together to support and ...

This is a guest post by the Blackpool Roller Derby League. Roll Up, Roll ...