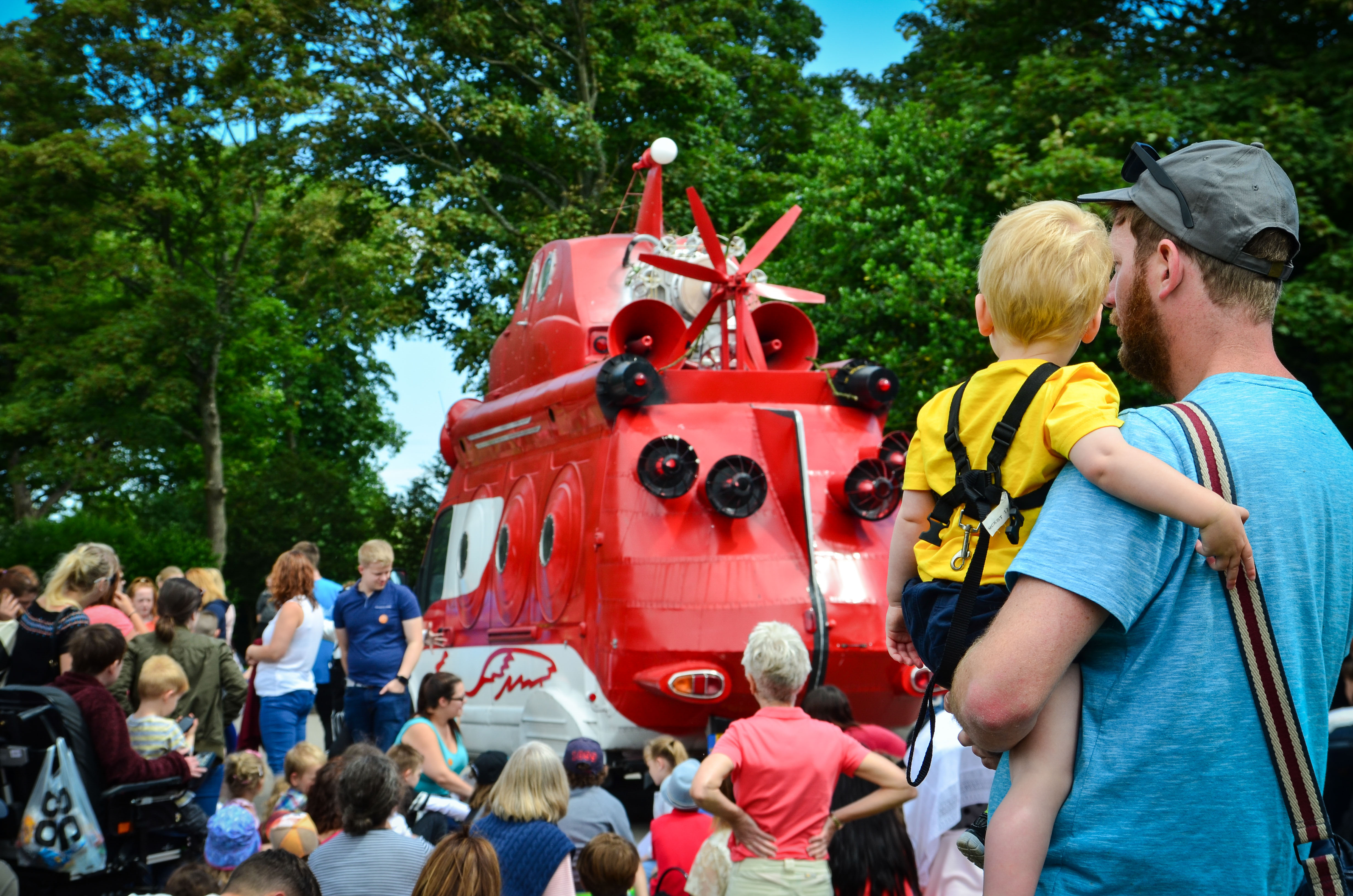 My son and I arrived pretty much on time for this fine event and Stanley Park was already full of people as we walked up the drive to register near the Cocker Tower clock. With stands and art already in place, the space felt full of activity.

First stop was Alien Robots Stole My Ipig, performed from the back of a spectacularly customised vehicle by a narrator and two assistants, the latter whom rather reminded me of the band Hawkwind’s dancers from the ’80s. With music and choreography, the show was fully interactive and the kids were loving it.

There was almost too much to do and cross-referencing event times from the very handy guide leaflet was tricky. As we moved away from the Ipig show, it was immediately time for the pedal driven Hippochondriac to appear. These are the best kind of hippos, as I understand the real thing can be pretty nasty. Already pretty surreal, the driver/rider playing the ukulele was an extra bizarre touch to the show. There were so many people round the hippo, it was having difficulty manoeuvring.

All the park’s usual facilities were available and I think at this point we paused for drinks and carrot cake, which went down particularly well.

Then it was out to rendezvous with The Puddleducks, the largest and most friendly ducks I have ever seen.

If one wanted a break from the really quite intense sun, it was well worth a short wait to find refuge in The Boathouse for the Aunty Social showing a delightful sequence of short films, which answered the question of how crocodiles can eat twiglets, amongst others.

Meanwhile at the Blackpool Libraries’ Big Tent craft sessions were in full swing. Also the children could browse a small but high quality range of volumes at the Storytellers Inc pop up bookshop.

Over the way on the Storytellers’ Stage, Kit and Caboodle were charming all with their double act. Later Chirpipaw impressed us with their enthusiasm. To round off the afternoon, author and master storyteller, Dan Worsley took the stage to wow the kids with a frankly scatalogical tale of a lost ring; moral of this story – don’t lie to your mum. I must get a waistcoat like that.

By this time the sky was grey and the rain beginning to fall, but too late to spoil the day or dampen children or parents’ enthusiasm. On the evidence here, next year’s event could be even better and let us hope that its place in the calendar is secure. My apologies for all the many fine acts and events I have missed out of this piece, but there genuinely is too much to get round and it’s hard to choose what to go for. You were all great. 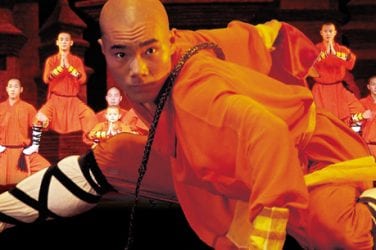 “I forgot how beautiful it is in here; we really ought to come more ... During my school days Roald Dahl’s books were virtually bibles, particularly Charlie and the ...

Prepare to be shaken and stirred at this year’s Wordpool festival launch on Wednesday, ...